Mughal Jewels – Ever Wondered Where They Are Now?

EVER WONDERED WHERE THEY ARE NOW?

Folklore and whispered stories (some of which have now been documented and make for riveting anecdotes and one of which I shall be highlighting below) of the treasuries of the Mughal period in Indian history are somewhat legendary and have become commonplace stories to tell children and tourists and indeed anyone interested in that period.  Whilst it makes for fascinating reading and can keep you enthralled for hours I have always wondered where is much of that jewellery now in present India and who are the custodians of this vast collection. Surely someone somewhere has it?

Surprisingly there is very little information on this partly because Post Independence, as the Royal families’ wealth waned many relied on their collections of jewellery to survive and sustain their lifestyles as much as they could and in doing so sold off their jewellery to private collectors.

Below I outline where some of this incredible jewellery may be:

Languishing in temple treasuries and stores of museums.

My sister whose jewellery (and indeed the inspiration behind this post) is exhibited at the world famous Victoria and Albert museum was  aware that the  museum had one of the leading experts on Mughal art , Dr Susan Stronge.  On contacting Ms Stronge directed me to Dr Usha Balkrishnan who is universally acknowledged as the master on this subject. I optimistically emailed her with some questions but in the end had to contend with her articles and lectures. Through those I learnt that whilst some of the more famous jewels have been accounted for, partly due to their folklore and parables there are vast collections of  jewellery that reside in  the stores of museums and temple treasuries.  Indeed in many cases the Indian Governments complete lack of interest and total indifference to the historical value and importance of these pieces has meant some of the world’s greatest jewels and gemstones have never even seen the light of day.  This has been the case with the jewels of the Nizams (the Muslim equivalent of a Maharaja) of Hyderabad. Some of the jewels of the Nizams were acquired by the Government of India in 1995 after twenty five years of litigation and since then have been locked away in the vaults of the Reserve Bank of India.  Incidentally it was Dr Usha Balkrishnan who catalogued the collection for the Government of India before they were locked away.   However, the tide may finally be taking a turn for the better.  Just in February this year after a gap of twelve years the National Museum in New Delhi exhibited these jewels for the very first time.

Invaders – the Kohinoor, the Peacock throne and other Mughal jewellery that spanned generations

Invaders such as Nadir Shah of Persia in 1739 plundered the Mughal treasury and took away lots of items including the Kohinoor through trickery. The story of how he obtained the Kohinoor deceitfully was that he asked Muhammad Shah to exchange turbans as a gesture of friendship knowing  very well that the Kohinoor was hidden in the folds of Muhammad Shah’s turban.   Muhammad had very little choice but to agree to this exchange in gratitude for sparing his and his family’s lives.  Nadir Shah took the turban which had in it the most infamous diamond in the world (incidentally it is not the biggest or the most beautiful).

Another such significant relic of the Mughal times which contained invaluable jewels was The Peacock throne which was also looted by Nadir Shah and indeed became a symbol of Persian might.  Nadir Shah’s loot of Mughal Jewellery was so immense that no tax was charged on Persia’s citizens for three years.  After Nadir Shah’s death the Peacock throne was dismantled and the jewels that adorned the throne were sold to people from all over the world some of whom to date probably have no idea of the lineage of the precious stones they are custodians off.

Smuggled out of India

A lot of the jewels were kept in temple safes where corrupt priests would collude with smugglers and ultimately looted out of India into the hands of private collectors. Surprisingly or perhaps not surprisingly at all there seem to be very little information on these thefts probably because these priests exerted a lot of power and were very influential.  To such an extent that no one was willing  to disturb the peace by ousting them.

No mention of Mughal jewellery can be made without talking about Sheikh Hamad Bin Abdulla Al Thani.  As a member of the Qatari Royal family, the Sheikh has carefully collated a cosmic size of Mughal jewellery.  Anybody who cares about Mughal history and Indian history should be indebted to him for amassing a collection in one place and looking after it with utmost care.  He bought one hundred and forty (140) pieces of jewellery all found outside India.

Usually the only way some jewellery comes into public domain or is seen for the first time is when it appears at auction houses to be sold off. In June 2019 Christies in New York sold royal Indian jewellery totalling a staggering one hundred and nine million dollars ($ 109 million). This collection included Shah Jahan’s jade dagger and an antique diamond ring of one of the more famous and recent royals, the Rajmata (Queen) Gayatri Devi of Jaipur.

Pictured Above: A ring with Shah Jahans Spinel dating back to 1643; part of the Al Thani Collection

There are some very famous diamonds or pieces of jewellery which the world knows about simply because of the astonishing stories that have surrounded them which is also what forms part of the allure of these jewels.  Once such diamond with such a story is the Pink Agra Diamond.  The history of this diamond dates back to Babur, the first Mughal emperor who conquered Agra. After Babur defeated the Maharaja of Gwalior, the Maharaja’s life was spared and in gratitude the Maharaja gave Babur the Pink Agra.   The diamond stayed in Babur’s family until Nadir Shah captured and looted New Delhi.  For some reason Nadir Shah didn’t manage to take it outside of India and it remained in India until the Indian Mutiny of 1857. Folklore has it that some English officers got their hands on it and smuggled it out of India in a horse by putting it in horse feed which the horse was made to swallow.  Whether this is true or not it did indeed make it to England and was purchased by Edwin Streeter.  From there it was purchased by an American Louis Winans and stayed with the family until it was auctioned in 1990 to SIBA Corporation of Hong Kong for four million seven hundred thousand British Pounds  ( 4.07 Million ).

Only time will reveal the whereabouts of some of the jewels that came from a time where jewellery was the ultimate status for a King or Queen and more importantly only time will tell whether the custodians of these relics will honour their value in history because no numerical value can do them justice. 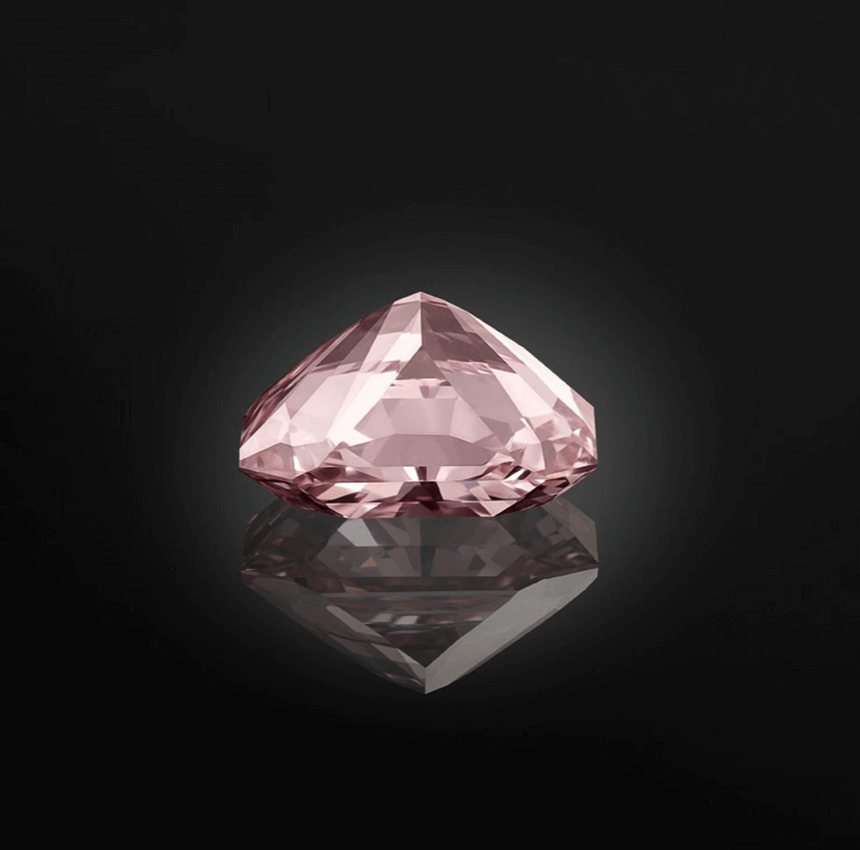 Pictured Above: The Pink Agra Diamond-Also part of the Al Thani collection now

Sign up below to be the first to know about new products, latest news and upcoming offers.

Thank you for subscribing, please check your email for confirmation.